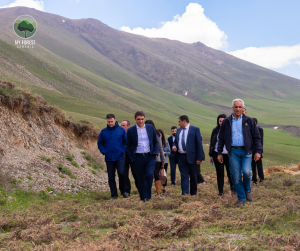 The first honorary trees were planted in the “Guests’ Pathway” 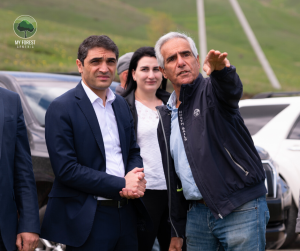 FFirst the offcials visited our afforestation area in Jrashen community, they walked up the steep slope to be close to the workers who were mulching the newly planted trees at that moment. Andre and the organization’s team explained them the work being done, and showed them our next area of Jrashen II across the valley. 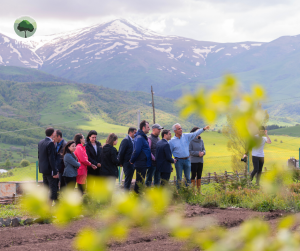 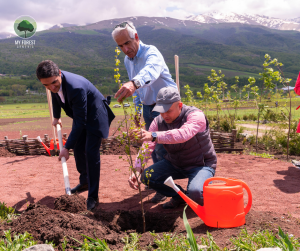 After the visit, the guests came to the “Benjamin Gumuchdjian” nursery, where they planted the first trees in our Guests’ Pathway, we selected birch trees for their beautiful white bark. From now on, the guests of honor of the organization will each plant a tree in this pathway.

Andre Gumuchdjian thanked the officials for their interest and their willingness to support the organisation. He mentioned that this spring more than 183,000 trees were planted by more than 140 people in Jrashen and Shirakamut 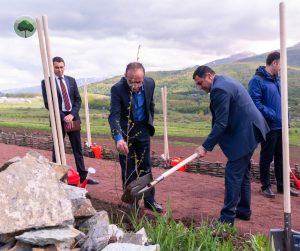 communities and in Dilijan National Park. With 243.000 planted last fall, the total amount of trees planted this season amounted to 426.000. Andre also mentioned that as a result of closer cooperation with state and local self-government 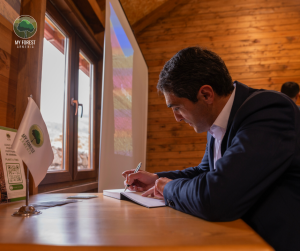 bodies, it is possible to plant a much larger number of trees annually and provide jobs to more people in the surrounding villages.

The minister of environment stressed again that the establishment of forests is one of the priorities of the Government and his ministry and he is keen for us to increase our afforestation rate in the country.
The deputy governor of Lori, in turn, talked about the importance of the organization’s activity and mentioned that the lands not cultivated were in danger of erosion and are thankfully now being restored. He also expressed hope that in several years there will be more forests in different areas.