Milestones of the past four months 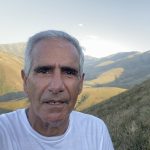 As you are all aware, Azerbaijan, supported by Turkey, has declared war in Karabakh and there is intense fighting going on. Every Armenian in the world and their friends are mobilised to help with the war effort. I am no exception and we are busy almost 24/7, collecting money and  sending materials to help our soldiers hold the territory that has been continuously Armenian since the 4th century BC. It is a tense situation and regularly we are devastated when hearing of a friend killed on the battlefront. The soldiers fighting to preserve our freedom and our right to live are all heroes and we want to do our share to help them. This requires us to make some substantial sacrifices in our comfortable lifestyles, they are sacrificing their lives for us.
Artsakh is a mountainous country and it is not easy for any army to take control of the land. I feel confident that we – the Armenians of Artsakh, with our help from the diaspora – will be victorious in the end.
Hopefully this episode, however painful it will be, will lead to a final resolution of the war and give way to a permanent peace.
While we are concentrated on the war effort, we feel confident in our future. And so we are continuing in parallel our reforestation work and preparing next year’s seedlings.
It has been almost four months since the last newsletter. As you will see a lot of work was done in the past four months and we are arriving at the final goal of all our efforts: planting a new forest! Let me summarise the most important milestones.
Thank you for your interest for our planet and your support.
Andre 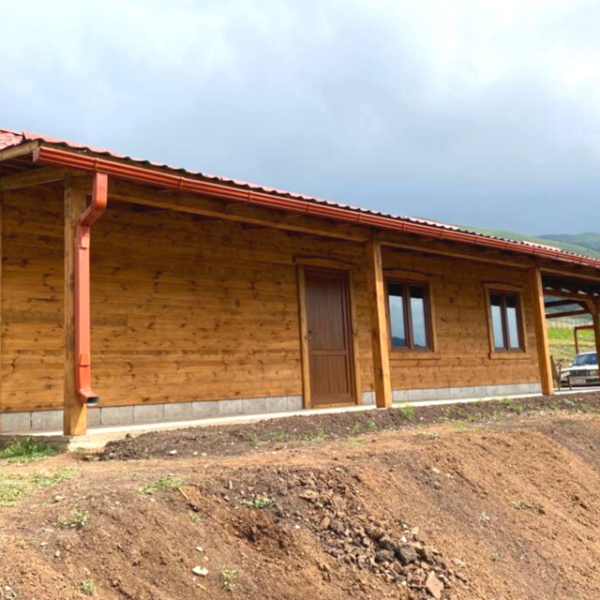 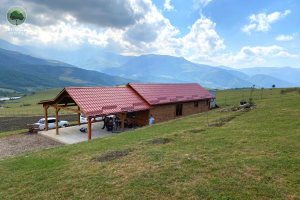 Despite the pandemic, the construction of the worker’s house continued and it was completed by mid-July. I am happy that the result is exactly as I had dreamed it. A beautiful work and done in record time. There is an outside meeting area, inside there is an office for Gagik, our nursery manager, a large common area, a small kitchen, a changing room and a separate toilet.

Our permanent staff has increased with the hiring in September of Levon Mkhitaryan. He lives in Vanadzor, capital of Lori province and is very close to our reforestation sites. His task will be to recruit, organise and follow the different workers teams who will do the fencing and reforestation planting in our different sites: Dilijan National Park, Shirakamut and Jrashen. 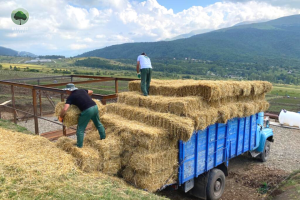 Delivery of hay for nurseries

Our success rate in the nurseries was mixed during our first year of operation. Some species did very well, others less so. You learn from experience and we will implement a series of changes next year to increase our yield for all the species we will grow. In the case of maple trees for example, which germinate very early, we had extensive loss because of a bout of freezing temperatures. About 80% of the seedlings froze and did not recover. We will put a layer of hay to protect them from the cold. It will also help retain moisture which will be helpful during dry periods.

Inauguration of the Benjamin Gumuchdjian Nursery 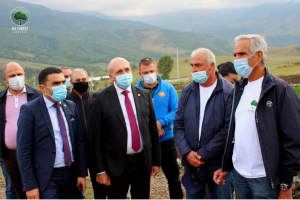 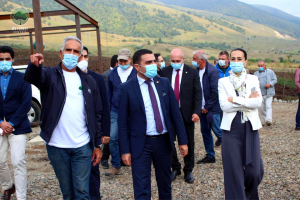 On Friday September 25th, the minister of the Environment, Romanos Petrosyan, accompanied by vice-minister Irina Ghaplanyan and the Governor of Lori province, Andrei Ghukasyan, came at 5pm to inaugurate the Benjamin Gumuchdjian nursery in Gugark. I named it after my late brother who passed away in 1993. It was an emotional day, full of pride and all the visitors were impressed with the work that has been done in less than a year.
The workers were also happy to be present. They are proud to contribute to increasing forests in Armenia and grateful for the work opportunity this gives them. 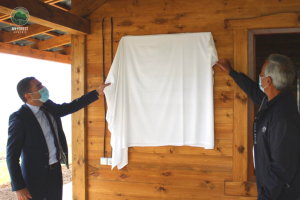 As important as this day was for all of us, it is still only one day in a very long journey to create new forests. 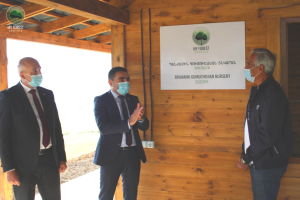 Approval of EIA & creating new forests in Shirakamut and Jrashen

Following the filing of our Environmental Impact Assessment end of March 2020, two reforestation areas were approved by the ministry of the Environment by mid September. On October 6th and 14th respectively, a public hearing took place at the Jrashen and Shirakamut communities. Both projects were officially approved. The Jrashen afforestation area is divided in three areas and covers a total area of 350 ha. The Shirakamut area is 86 ha. It will take approximately 3 years to plant these two areas. 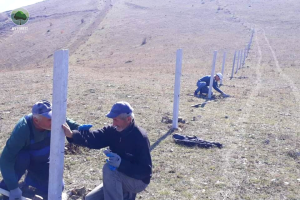 We have ordered about 900 wooden poles and 1000 concrete poles to fence all the areas we will reforest. This is essential to prevent animals from grazing.
We have started to fence the Shirakamut plot and the view of the long row of poles neatly lined is a wonderful sight. After a year and half since founding My Forest Armenia, we are finally reaching our end goal. In a week we will start planting the land.
Tree planting in Armenia can only be done in the months of November and April. If we want the future forest to succeed, we need maximum moisture for the roots to take hold and grow.
The total area we are planning to plant this season (fall and spring) is 72 ha. The breakdown is as follows: 6 ha will be planted in the fall and 18 ha will be planted in the spring. In addition, we will do direct sowing of acorns on about 28 ha of surface plus 20 ha in the Dilijan National Park. It is much better to sow acorns directly in the ground as in the first year, the root shoots straight down to about 60cm deep, while the plant is only 8 to 12cm tall. We plan to put three acorns in each prepared holes as the rate of successful germination is between 35 to 45%. 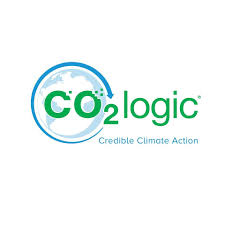 We are particularly happy to announce that we have started a strategic partnership with CO2 Logic, a Belgian based company. Founded by Antoine Geerinckx in 2007, the company is a specialized consultant for fossil fuel emissions calculation, reduction and mitigation. It acts as adviser to companies seeking to reduce and offset their carbon footprint.
Our collaboration will take three forms, we are preparing a large-scale carbon offset program with certification; we are one of four approved reforestation projects for their newly created tree-planting entity Go Forest and will benefit in the coming months of the crowdfunding platform EarthFunders. 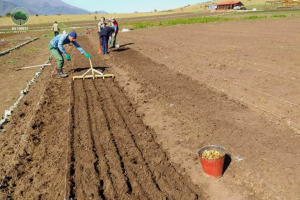 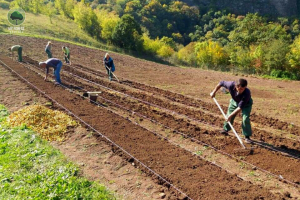 In both the Benjamin Gumuchdjian nursery and the Debet nursery, we have started soil preparation and sowing new seeds for next year’s planting season. This week we sowed three different types of maples. In the next few weeks, we will sow mainly acorns of oak, wild pears, ash, walnuts and many different types of shrubs.

Updates on pricing and payments 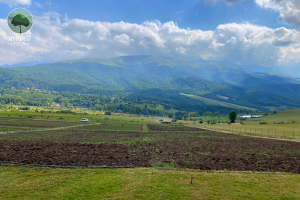 As we have now received financing for planting close to 100.000 trees, we halved the cost of planting to $2.50 per tree planted including maintenance. Help us achieve our first-year target of 200.000 trees by making a donation today.
To help you achieve your commitment towards zero carbon, we are adding a new feature on our donate page. As carbon offsetting for most of us varies between $ 200 to $ 800 or more per year, we added the possibility to make monthly donations. It should be ready in a couple of days. Planting is starting next week, we are recruiting more than 60 workers to plant about 54 hectares this fall, so this is the perfect moment to make a donation. Please contribute to increase Armenia’s forests. Visit our Donate page now.