First Round Table of the Forest Alliance of Armenia

On December 6, the first round table was organized by the Forest Alliance of Armenia, which was recently created by three reforestation organisations: Armenia Tree Project, “Shen” NGO and us. The topic of this first round table was the mapping of new afforestation areas. Various actors involved in the forestry sector gathered around the discussion: representatives of ministries, non-governmental organizations, scientific institutions, and international organizations.

The director of the American University of Armenia’s Acopian Center for the Environment, Alen Amirkhanian, as the coordinator of the round table discussion, welcomed the participants and noted the four priority directions of the Forest Alliance of Armenia, which is: 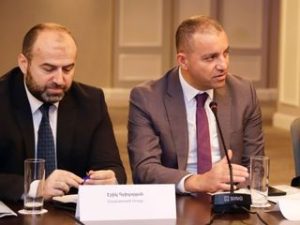 During the discussion, those present emphasized that the restoration of forests is of strategic importance for the state. Vahan Kerobyan, the Minister of Economy, expressed his willingness to support mapping afforestation areas in Armenia and selecting suitable areas for pastures.

Vladimir Kirakosyan, the Chairman of the Committee of Forest, noted in his speech that combining the available information and joining efforts would make real reforms in the sector possible. 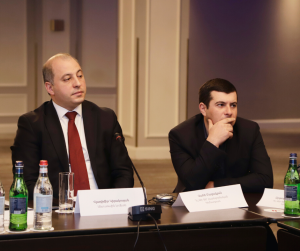 “The designation of potential areas for reforestation should be followed by the implementation of both field studies and a number of other studies by a professional group in those places,” Kirakosyan said.

During the round table discussion, the participants agreed to request the government to create an official working group for the conservation and expansion of forests. It was suggested that representatives of various ministerial departments, the public sector, foresters, experts, as well as the members of the Alliance, would be involved in the group.